Outside, you see frenzied hoards of gruesome ghouls, frightening fantasies, mortifying monsters and the most macabre and harrowing of human behaviors. It’s Halloween. A time when even the most conservative among us thumb their nose at the serenity of normality and status quo of modern social strictures. An abstract celebration of sorts, where all non-lethal dietary requirements are tossed aside – apparently along with all sensibilities and common courtesies.

The Grinch of Halloween

I mean, who goes gallivanting around, intruding upon the homes of complete and utter strangers, demanding food and / or goods? Preposterous!

Ironically, taking on the counterpart persona and Bah-Humbug-esc attitude of Christmas’ The Grinch, appears rather apt… Besides, contemporary Halloween celebrations have lost what little direction they once had. Halloween, a contraction of “All Hallows’ Evening”, is believed to have originated from western European harvest festivals and celebrations of the dead. Now, it’s not even a mandatory prerequisite that your costume choice conjure images of death or inspire fear in your fellow man. Apparently anything cute, skimpy, controversial, funny or offensive will do – only a good lashing of the outlandish is required. Imitating beloved cartoon characters and superfluous celebrities are now considered optimal outfits. In fact, 11 percent of kids dressed up as princesses last year – not scary at all!

Who knows what this modern take on this morbid movement means? Many of us have discarded its cadaverous heritage and replaced it with a bucket of beer and a sack of sugar – it’s just an excuse to party. And ignore the implications for your waistline.

The emerging tradition of gorging on as much confectionery as one can get their sticky little hands on is enough to give you, and any credible health institution, a proverbial heart attack. Americans spend almost $2 billion on candy at Halloween, a staggering eight percent of annual US sweet sales, consuming an average of 1.2 pounds each.

What happened to one piece of candy before bed and saving the rest for later? Like the zombie apocalypse, it seems that Halloween’s inescapable. Over 170 million people plan to celebrate Halloween this year. Seven in 10 Americans – some 71.5 percent – will join in the purposeless revelry, up from 68.6 percent last year.

Americans are (pitch)forking out bloodcurdling amounts of money this year, with total Halloween-related spending projected to reach $8 billion (or $79.83 per household). That’s an average of:

It’s also estimated that over 93 percent of children in the US go trick-or-treating each year, with some 85.78 million households giving out sickly-sweet goodies.

Busting a grisly Halloween myth: It’s all for the kids

Not only is Halloween a time for busting a gut, it’s also a time for myth busting. Halloween is really about the grown-ups. Sorry Timmy.

Note: If you’re planning a spooky shindig, avoid MJ’s “Thriller” – it’s the most overplayed Halloween song by a wiiiiiiide margin.

And, it’s also anticipated that adult costume spend in 2012 ($1.4 billion) will easily outstrip what us grown-ups are willing to devote to our children ($1.1 billion).

Oh, and you’re a selfish little thief; probably. Ninety percent of parents admit to placing an underhanded hand in their children’s trick-or-treat bag.

One last thing: Leave your unsuspecting and defenseless pets out of it. 15.1 percent of you (weirdos) plan on dressing up your pets – and you’ll spend $370 million doing it too! 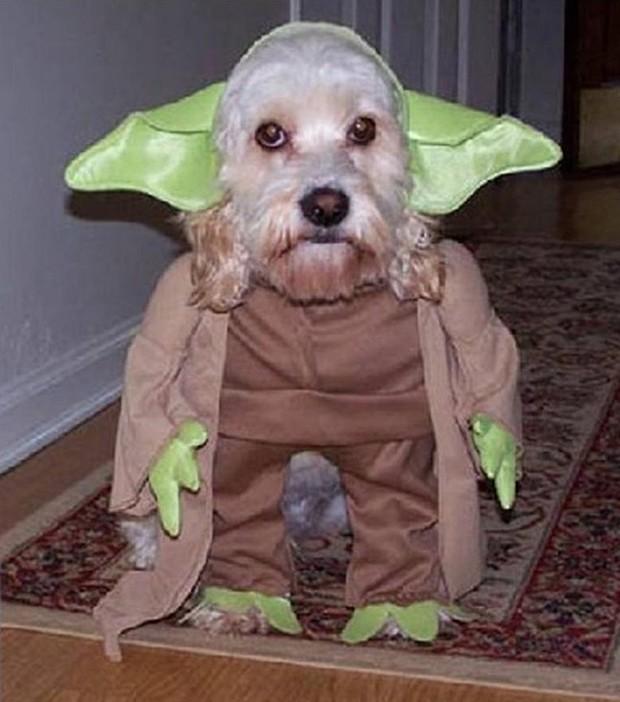 But putting our Bah-Humbug-esc attitude aside; indulge your strangeness this October 31st, and send any snaps of your funky get-ups and good times to pr@yellowfin.bi.

And here’s hoping that the aftermath of Frankenstorm Sandy isn’t nearly as scary as first predicated.