Whether you’re a politics enthusiast or not, Saturday’s 2016 Australian federal election is looming as a tight race, with another hung parliament seemingly a very real prospect.

While Malcolm Turnbull is undoubtedly a far more palatable Prime Minister than Tony Abbott, in the opinion of most voters, it remains to be seen whether the Coalition can shake itself free of Abbott’s gaff-prone stint in the top job.

On the other hand, given little hope of election victory in 2016 following Turnbull’s leadership coup in September last year, Opposition Leader Bill Shorten has found surprising support amongst the Labor faithful and the electorate at large in recent months.

While the Coalition has enjoyed superior primary support, with its first preference percentage outweighing Labor’s throughout the horrifyingly long election campaign, first preference voting intentions are now tightening up heading towards the finishing line.

So, who will emerge to deliver the victors speech this Saturday 2nd July? Let’s crunch the numbers using Business Intelligence software and data visualization.

Budgets, Panama Papers and scare campaigns
At first, polling data from Essential Research seemed to suggest that Turnbull had made an error in judgement when he issued an ultimatum to call a Double Dissolution election (April 19th) over the reinstatement of the Australian Building and Construction Commission (ABCC). First preference polling tightened and Labor opened up a four-point lead on a two party preferred basis.

However, the electorate responded favorably to the delivery of the 2016 Federal Budget (May 3rd), with the Coalition growing their lead in first preference polling and narrowing the gap in two party preferred voting intentions.

Moving into June and the midpoint of the election campaign, Labor’s message appeared to be getting lost, with first preferences floundering (35% vs 41%), as the Coalition took the lead in two party preferred polling for the first time (51% vs 49%).

With the campaign on the line, and knowing that negative messaging (unfortunately) trumps positive political promotion, Shorten stepped up Labor’s scare campaign on a potential GST hike and cuts to Medicare under a Turnbull-led government. Right or wrong, the electorate responded, with the ALP closing the first preference gap (37% vs 39%) and opening up a two-point lead in two party preferred polling (51% vs 49%).

But, while much of the media have been painting Bill Shorten’s strong campaign as a potential come-from-behind victory, it’s worth remembering that the Abbott-led Coalition was heading for a near certain one-term-wonder government before Turnbull deposed Abbott (September 15th, 2015) and set-up a substantial Coalition lead.

Nothing lasts forever, J. Cole
Despite the Bronwyn Bishop Choppergate saga of August 2015, which emboldened Turnbull’s takeover bid (September 15th, 2015) and catapulted the Coalition back into favor with the Australian people, the government has been pulled back to the reality of a skeptical electorate and uncertain economic times.

So, with polls near deadlocked, and Turnbull’s honeymoon period seemingly over, can the Coalition escape the shadow of Tony Abbott’s unpopular Prime Ministership?

Can the Coalition convince the electorate to move on from Abbott’s torrid times as PM?
Polling data from Roy Morgan illustrates the ongoing battles the Abbott government faced throughout its lifespan, resulting in voter backlash over a plethora of unpopular incidents, misjudgments and “broken promises”. The key question is, has Turnbull done enough in the past 10 months to regain trust and convince Australians that the Coalition has changed its brand of politics?

Which Party do Voters Trust to Handle the Big Issues?

Despite what polling suggests about the two major parties this election, it’s also true that the Australian political system is becoming increasingly individualized, with more and more emphasis being placed on the person leading political parties.

So which party leader, Bill or Malcolm, do voters find most appealing?

Despite Shorten’s strong showing, Turnbull’s still winning the popularity contest
Much like the Party polling indicates, Bill Shorten has narrowed the gap on Malcolm Turnbull in the individual stakes. But, probably not enough.

And, crucially, when voters were asked this week which leader would make a better Prime Minister, 40% of voters said Turnbull, while just 29% said Shorten.

Hedging Your Bets: Who Do We Think Will Win?

Some of the critical factors point towards a Coalition win. But, who do the people and the punters think will claim victory on Saturday?

Despite coming closer than many expected several months ago, Shorten will fall short at the ballot box on polling day, this Saturday 2nd of July. And, if that wasn’t enough, according to the bookies, the Coalition ($1.10) is almost seven times more likely to retain government than Labor ($7.00) is to clinch victory.

But hey, apparently only 14% of Australian’s really care about the outcome. 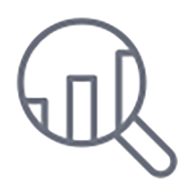 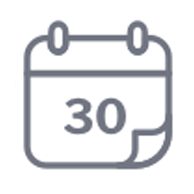