For this week’s Makeover Monday, the data set was around global exports of drug and medicines from 2013-2016 which comprised of 3 columns: exporter country, export year, and total exports (USD). A fairly simple data set and rather than embarking on a deep analysis, we decided to have some fun with the visualization this week with a red/white “pill” theme and allow interactivity.

Here is what we did: 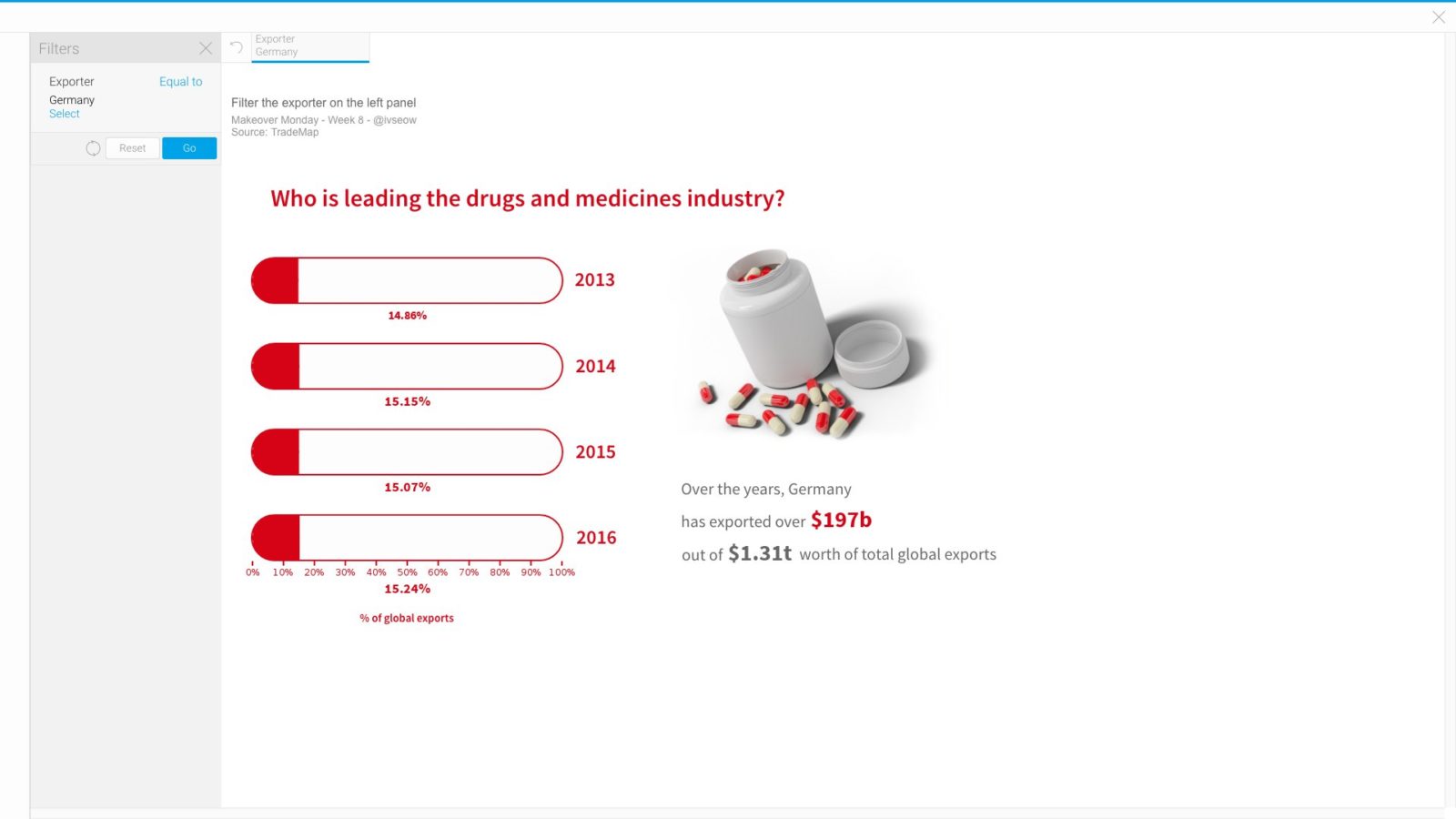 We wanted to have a pill for each year from 2013-2016 and having it show the % exports against the world for a selected country. With that in mind, we grabbed the initial columns and then performed a basic Sub Query to append the “World Export (USD)” data as a column. This is because the initial World Export value was only available as a row within the dataset. The % ratio was then calculated with a simple Calculated Field.

The pill aesthetic was done via a Thermometer chart.

The configuration and styling options for Meter, Thermometer, and Gauge charts are really flexible, so much so that a Thermometer could be turned into a Bullet Chart as well. To achieve the pill aesthetic for our submission, we styled the Thermometer chart with these configurations:

One Pill, One Year

To make each pill show a particular year, we used Set Analysis to only grab the % ratio for a specific year. 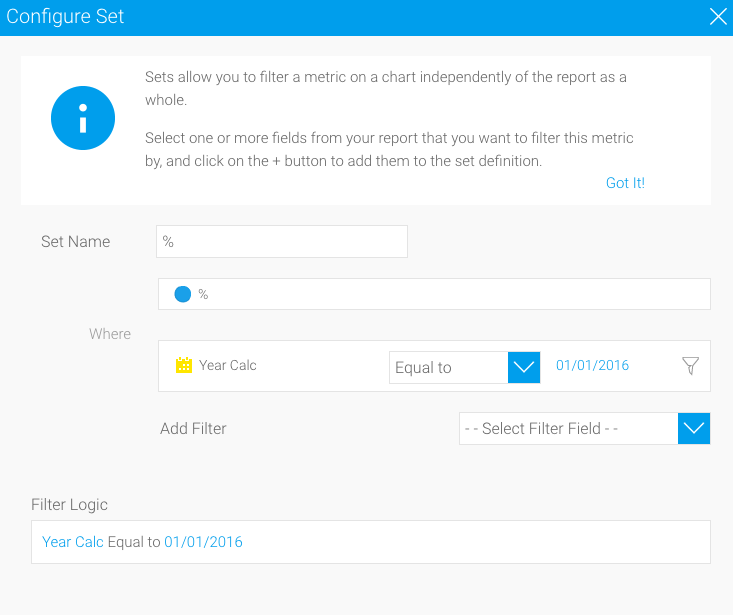 Dynamic Text in a Widget

With the Exporter Country being available as a filter, readers could select a country and see its export % grow or decline over the years with the “pills” on the canvas. To offer some context around monetary values, we also included a text widget that dynamically updated according to the selected country. To achieve this, we utilized Parameter Replacements within a Text Widget.

Parameter Replacements within a Text Widget allow authors to print out filter or column values directly into a Text Widget. Since we only have a one Exporter Country filter in this instance, we refer to it as [filter:1]:

Upon filtering the published chart, readers will then see a dynamic narrative based on their filter selections:

And that’s it for this week!