Yellowfin has faced challenges trying to hire more women into data-related roles. To effect change, we recognize we have to increase the size of the hiring pool - and to do that, we need to start early.

We've partnered with established not-for-profit organizations and many emerging women in top technology networks to focus on engaging women with technology and STEM education from a young age - all through to adulthood. There are three key pillars to Yellowfin’s social impact programs that come under the umbrella of Women in Data.

The Young ICT Explorers Accelerator Program is run by the Smith Family, a not-for-profit in Australia that partners with schools from a low socioeconomic demographic to engage children from primary through to secondary school in technology.

For children from lower socioeconomic or disadvantaged backgrounds, just four out of 10 are meeting the government required standard for technology, compared to seven out of 10 for children from higher socioeconomic backgrounds, according to the Smith Family. If these children aren’t getting exposure to tech, they’re not increasing their tech literacy - and that limits their future opportunities in an increasingly digital world.

The competition is run by SAP and involves children in the partner schools are then asked to create a project using technology. Teachers are directly supported with mentoring and resources that they may not otherwise have had access to. For example, they may receive teaching support for coding languages, like Java. In turn, this helps spark the kids’ imaginations and encourages them to get involved and create something. 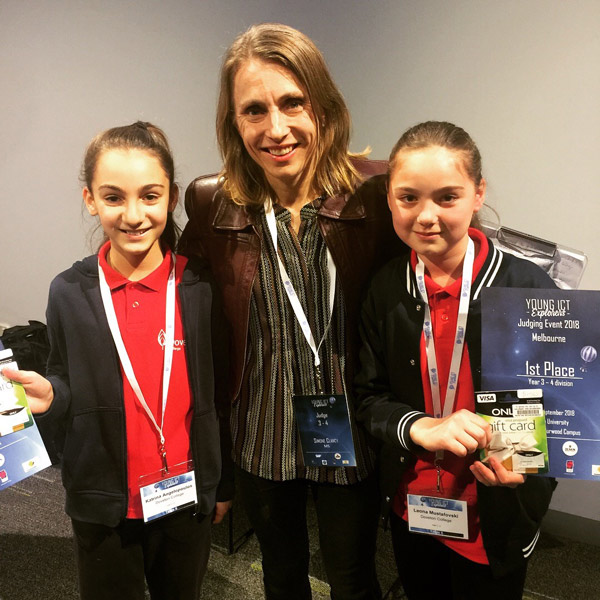 As a judge, I'm privileged to meet and interact with the teachers and kids. The judging often falls on my birthday and honestly, I don’t want to be anywhere else. This year the event was virtual, which means I’ve been able to see projects from all over Australia.

The level of innovation is absolutely phenomenal and I’ve seen so many amazing projects over the years. The design thinking and thought process that the children have gone through has really impressed me, often more than the tech. They look at real world problems and try to address them using technology. One that stands out from last year was a 3D experiential game that assisted people to manage anxiety and depression. There have been others that have dealt with food scarcity and environmental issues, with kids engaging with not for profits to support development of their solutions.

Looking at the projects that are created as part of the Young ICT Explorers Accelerator Program, I think the future of innovation and technology looks extremely bright.

GoGirl, Go for IT by VIC ICT for Women focuses on girls from grade five to year 12. It is a one-day biannual technology showcase that shows girls what a career in IT might look like, with an opportunity to engage with women who work in tech, including Yellowfin.

There are a whole host of engaging presenters and workshops but it’s not a hard sell. It's really just about exposing these young women to the idea of technology. The perception is that technology is just about coding and that’s turning a lot of women off the industry - they don’t necessarily see themselves as someone who wants to code.  By coming to this one day showcase, they get to see the breadth of the careers and opportunities on offer. It’s about making an informed decision, rather than relying on stereotypes.

The data from the event shows that the interest of participants is piqued, with 10% saying they’re more likely to consider a career in tech. More importantly, many also say they will come back next time where they will potentially be exposed to a different set of women and learn things that might inspire them further.

She Loves Data was originally aimed at women straight out of university, but it’s increasingly attracting women who are mid-to-late career.  It’s pleasing to find women are actually looking into the program to test their interest in data and gain some skills.

Women can participate in workshops that assume no previous knowledge and cover a range of topics from databases, data visualization and introduction to analytics. These skills can then be used as a springboard to further study or give the women confidence to pursue careers in different areas.

The event is open to anyone and has grown into a movement quite quickly. She Loves Data now has 15,000 members around the world. They have the opportunity to connect, share stories, ideas, network and engage on an ongoing basis. I think having a established community like this supporting women provides strength and confidence. 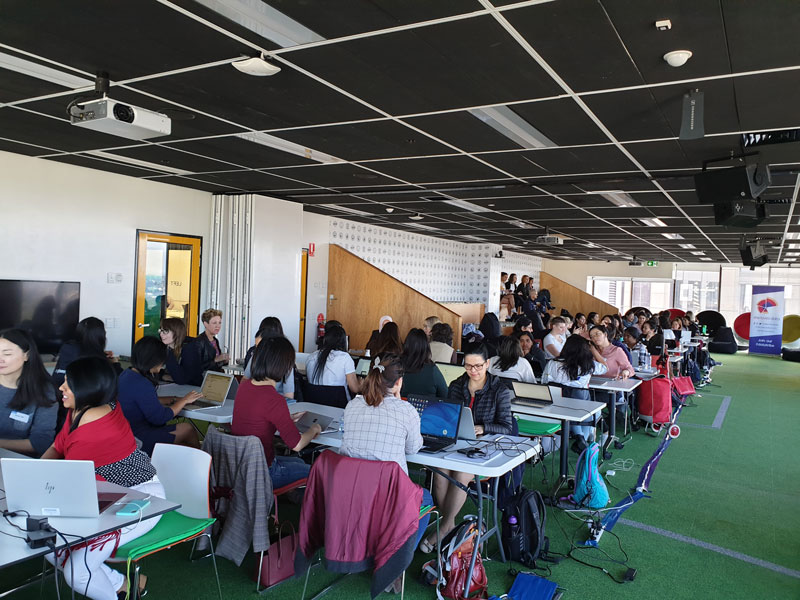 Participating in these programs has been a great way to actively engage with the talent pool, but that’s not how we measure success. We measure success by looking at the growth of these programs, and they have all been incredibly successful. She Loves Data has gone from being an Asia Pacific event a couple of years ago to a global movement that continues to grow. We joined the Young ICT Explorers Accelerator Program in 2017 when it was a pilot and last year over 360 children were involved across 30 schools.

We're really proud of our Women in Data program and the impact it's having. It’s gratifying to see these programs encouraging women of all ages to have an interest in STEM. I believe that will flow through to the point where we see more women looking for roles in the industry. It is also an opportunity for our employees to engage with the community and give back - and that’s enormously satisfying as well.

There’s a place in tech for girls just like you

Highlighting and helping foster opportunites for women in the tech industry is extremely important to our team - hear directly from the Yellowfin girls on why you should consider a career in technology today.

How To Win Big With Embedded Analytics Solutions

The History and Evolution of Business Intelligence Platforms

Why Analytics and Reporting Tools are Essential