Founded in 1993, TCV assists the State in managing the various monetary requirements necessary to fund Victorian infrastructure projects, finding investors and managing the funds for distribution to relevant departments across the state.

In 2018, Treasury Corporation of Victoria began to investigate their options around an appropriate business intelligence (BI) solution. Like most businesses, the financing authority wanted to accomplish more with the wealth of information and reporting it had and reduce the time and manual effort staff spent performing data collection and analysis. Choosing Yellowfin, it has now modernized its analytics and reduced manual process significantly, and unlocked several new and exciting opportunities.

Yellowfin really helped us modernize the way we collect and gather information and assimilate reports. We’ve immediately gone from catch up to now giving us a much better position to provide [analytics] to the rest of our executive team. For a lot of our staff, it gives them new skills and opportunities to grow and learn, and it’s taken over processes that were not adding value.

TCV reports off a number of datasets, including financial performance, funding and liquidity, profit, market risks and risk metrics of how the business runs, with one large treasury system that is the main feed and several others running into it. With many data sources and reports to accommodate, its team needed a BI solution that could offer a level of automation, consolidation and streamlining to bring together key datasets and improve the efficiency of self-service BI fast.

It spent three months researching its options before choosing Yellowfin based on its action-based dashboards and automated monitoring capabilities. However, TCV faced challenges in preparing users and establishing expectations around the tools. “The learning curve for us is to get our databases a bit more defined,” said Mike van de Graaf, General Manager of Risk and Performance Measurement, in charge of risk across the business. “We’re in one spot, have one set of systems, but it took six months to nail all the definitions and agree across the different user groups. If you’re going to use a certain number [of tools] to report, do you adjust for it? How do you adjust for it? How does that process work? For example.”

“So we had to really go back and document that a bit more and take end-user ownership over data sources. But it was really easy once [Yellowfin] was plugged in – we got going very quickly.” 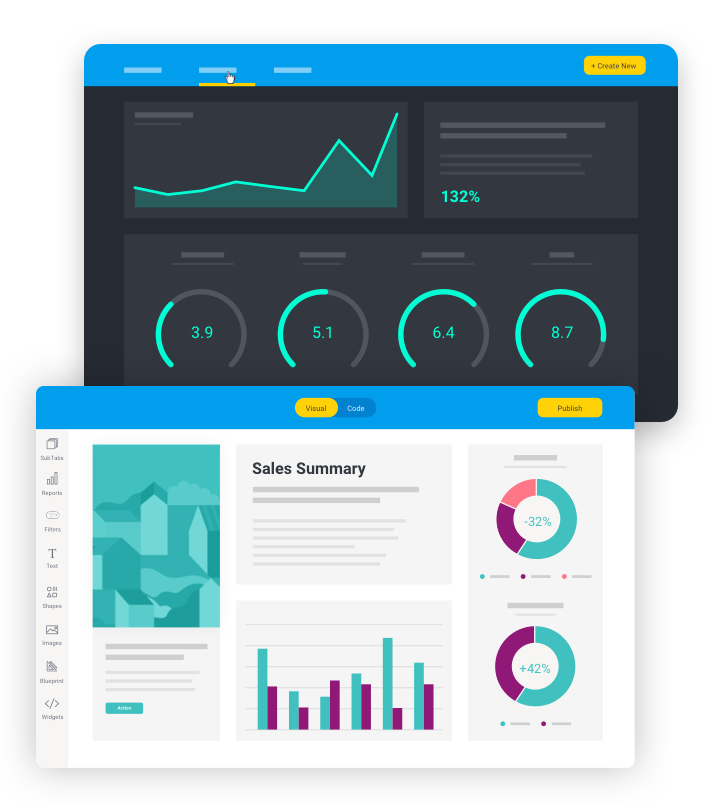 Treasury Corporation of Victoria is a small-to-mid sized organization with 50 staff. Upon Yellowfin’s implementation, its group of business users worked hard to get familiar with the new analytics platform and work toward their objective of reducing manual effort and improving efficiencies.

“My first goal was to make sure a lot of manually repetitive work was going to be put into reports we could populate automatically to reduce manual workloads, so we could shift from manual BI to analysis – a standard transition for most businesses,” said van de Graaf. “But we really had to get going, as there was a lot more manual work that we did. That was really achieved well and a lot of that is now going through Yellowfin automatically.”

TCV’s end-user group quickly became the main adopters of Yellowfin, though its analysts and IT also found it to be an easy transition. “You want [the solution] to be intuitive; I think [Yellowfin] does that very well. We’ve seen other tools needing more training to get people to actually run with it. I like the fact we have people, who have another day job, still use Yellowfin and do specific administrative and technical work because it’s so simple to use.”

For van de Graaf, Yellowfin has been highly successful in his department, who have leveraged significant productivity gains since its adoption among the company’s end-user group, which now numbers around 15 active users. Much of Treasury Corporation of Victoria’s reporting and analysis processes are now significantly smoother, leading to quicker and better decisions.

“Yellowfin really helped us modernize the way we collect and gather information and assimilate reports,” said van de Graaf. “That was really needed I think, so this was a good catch-up. But we’ve immediately gone from catch up to now giving us a much better position to provide [analytics] to the rest of our executive team. For a lot of our staff, it gives them new skills and opportunities to grow and learn, and it’s taken over a whole bunch of processes that were not adding value.”

Heading into their third year of using Yellowfin, TCV has now started to present dashboards in committee meetings, which the shift in remote work and Yellowfin’s latest dashboard updates have helped make a regular practice. “Now more people are familiar with it, we’re doing one dashboard per committee with their key metrics, so that’s always a starting point to get everyone – literally – on one page. It’ll be easier for people to see and look at.”

TCV’s success with Yellowfin has unlocked several additional avenues to explore, including Signals: “Where I’d like to see more adoption – and we’re working through that – is how can we embed it in more decision-making areas across the organization,” said van de Graaf. “We’re just now looking at things like Single Sign On (SSO) to make sure we can have the users, when they open up their browsers, a certain dashboard that automatically open, so we’re trying to push more information that way, so there’ll be end-users receiving the info that won’t be designers or anything like that. We do have a core group of people now that can do that, almost like its own new function.”

The successful adoption of Yellowfin among TCV has ultimately proven to be a helpful spark for further process improvement and innovation. “Success brings success; if you look at this, what we’ve been doing has been really good across the organization and the rest of the business can copy off that and say, ‘if they can do that, we can as well’,” concludes van de Graaf.